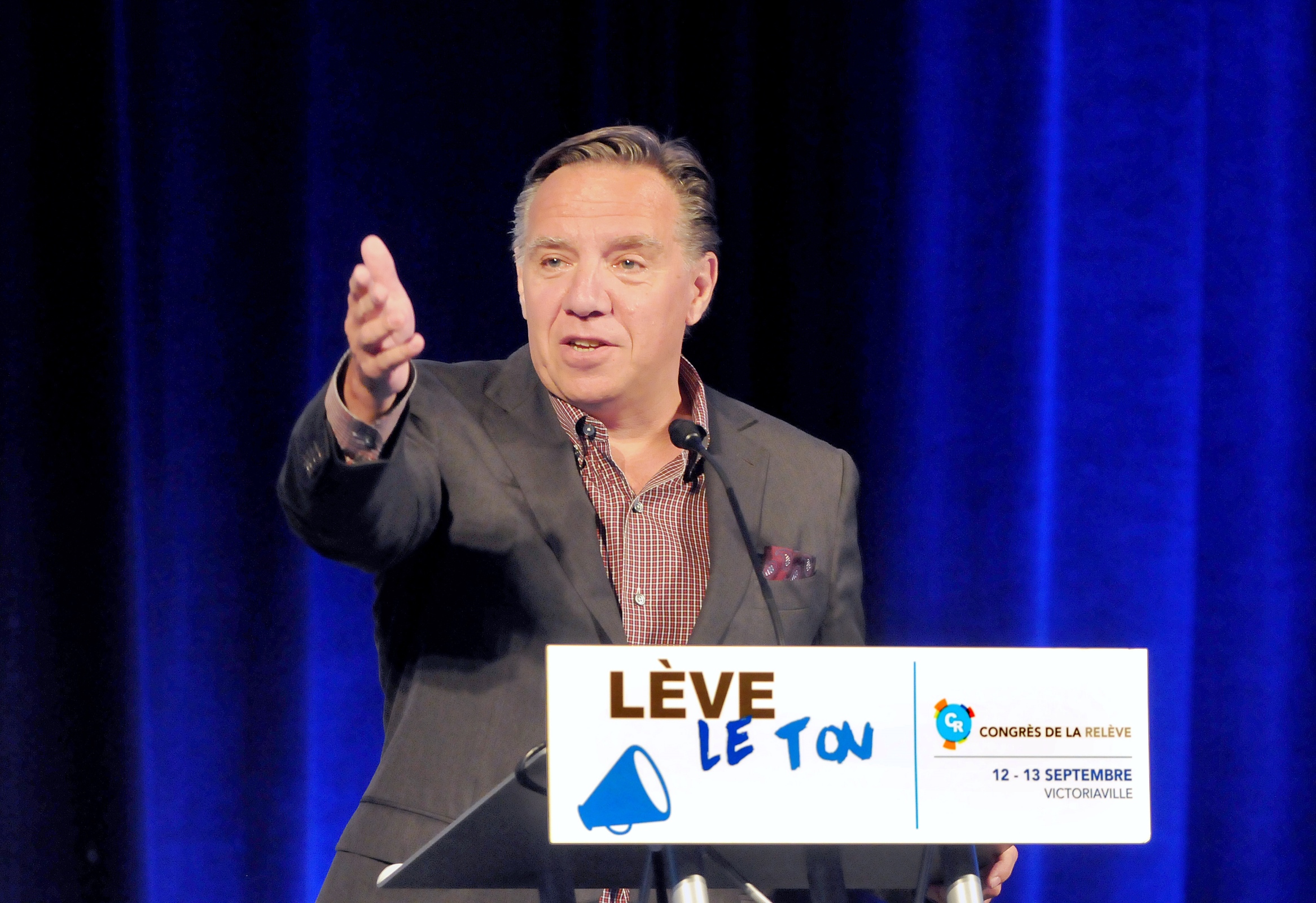 A lot of people claim that François Legault and the CAQ are in the extreme right and that Legault is similar to Trump. Is that true?

First of all, despite superficial similarities, François Legault and Donald Trump have little in common.

Sure, both of them were at the helm of successful companies and were “barons of industries”, Donald Trump with his various companies and ventures, and François Legault as the co-founder of Air Transat.

Both appear to want to reduce immigration and have pro-business policies. That is pretty much where the comparison ends, however…

Their road to the highest office

Both claim to be self-made men, but while Donald Trump followed in the footsteps of his father, François Legault’s parents were of very modest origins and his father died when he was young.

It is unclear how much money Trump received from his father. Donald claims he only received about 1 million dollars in the form of a loan, some pretend his father secretly invested in his son’s casinos and recent allegations claim Donald Trump might have secretly received up to 400 million dollars from his father. I do not know the truth in this matter, but François Legault clearly got nothing from his parents or almost nothing.

The two men are rich but in two different scales. François Legault was worth a little less than 10 million dollars Canadian prior to the election, including close to 4.5 million in equity on his house. Donald Trump is vastly richer, even if it’s unclear exactly how much wealth he has. However, even his more serious critics put him as being multiple times richer than François Legault.

Their road to office, however, couldn’t be more different: Prior to being elected president, Donald Trump wasn’t elected to any other office and as such, had no legislative or executive experience anywhere in politics.

François Legault on the other hand was elected member of the Assemblé Nationale du Québec from 1998 to 2009, and from 2012 until now, serving for a total of 17 years in office, making him the currently longest serving MP in the Québec Assemblée Nationale.

Both Trump and Legault switched party during their career. Trump was once a Democrat presidential candidate, while François Legault was a Parti Québecois member. I am not sure if Donald Trump ever explained why he switched or if his democratic bid was serious or not, but François Legault joined the PQ back when it was a nationalist coalition containing both left and right leaning members, and left when the PQ realigned itself to be more left-leaning.

Their views on immigration

The United States currently has 325,7 million residents. To get a rate of 0.45%, the USA would need to welcome 1.47 million immigrants per year, when on average it’s about one million per year or roughly 0.3%, 50% fewer immigrants than Québec will get per capita under the Legault plan.

But one major difference is that François Legault plans to increase immigration, not just from his initial quota of 40,000 immigrants but above the current limit of 53,000 as integration resources are improved (such as the speed of recognition of diplomas from foreign countries).

Their views on education and health

Like all Québec politicians, François Legault is in favor of our universal health care. He does want more space for private entreprise, but it appears so far to be only under the single payer situation: allow private entities (such our current private clinics) to offer more services at lower costs to the government than when the government offers them directly. One such example is his plan to remove low-income senior citizens from publicly managed CHSLD (long-term care hospitals) where they are “parked” simply because they have nowhere else to go! Instead, he plans to allow private companies to build senior homes at their cost, but where the government will pay the rent of the residents which should save money since CHSLD are usually more expensive to run.

François Legault also wants to improve public schools, increase government allocations for poor kids and even hire better architectural firms so that future public schools will be more pleasant to study at. He wants to increase funding for after-school programs, improve detection of learning disabilities, elimiate school districts to better allocate resources directly to schools (a controversial promise to be honest), in short, improve our public schools.

A lot of people are putting François Legault in the populist movement inspired by Donald Trump such as Doug Ford from Ontario, or President-elect AMLO from Mexico, but that is just a superficial comparison.

Most of the current populist movements are from low experience candidates who make clearly populist promises such as lower price on beer from Doug Ford and making America Great Again from Donald Trump, and in most cases, their full program is vague and badly defined.

The CAQ program on the other hand, is extensive and as complete as their competitors.